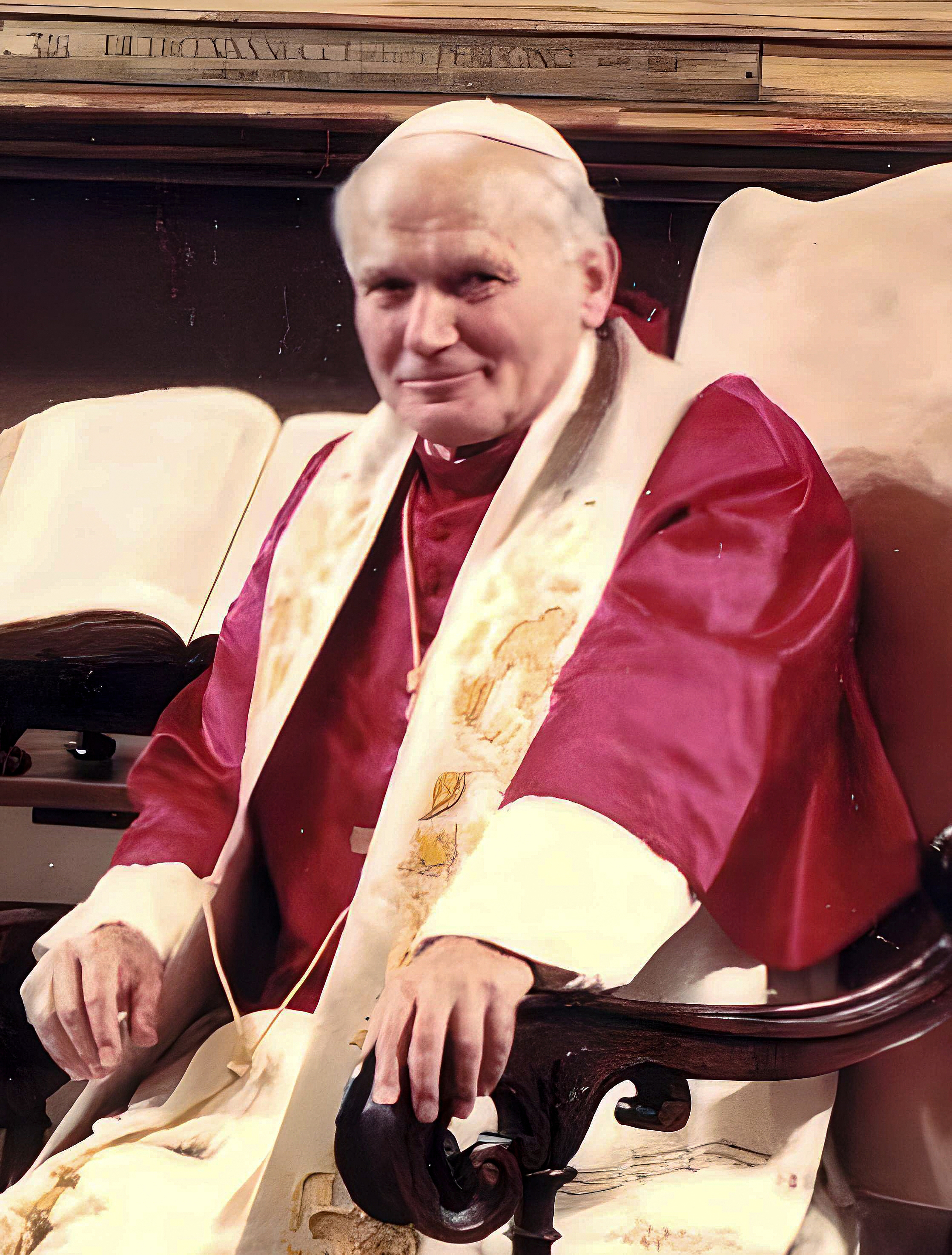 Pope John Paul II (; ; ; born Karol Józef Wojtyła ;.}} 18 May 19202 April 2005) was the head of the Catholic Church and sovereign of the Vatican City State from 1978 until his death in 2005. He was elected pope by the second papal conclave of 1978, which was called after John Paul I, who had been elected in August to succeed Pope Paul VI, died after 33 days. Cardinal Wojtyła was elected on the third day of the conclave and adopted the name of his predecessor in tribute to him. Born in Poland, John Paul II was the first non-Italian pope since Adrian VI in the 16th century and the second-longest-serving pope after Pius IX in modern history.

John Paul II attempted to improve the Catholic Church's relations with Judaism, Islam, and the Eastern Orthodox Church. He maintained the Church's previous positions on such matters as abortion, artificial contraception, the ordination of women, and a celibate clergy, and although he supported the reforms of the Second Vatican Council, he was seen as generally conservative in their interpretation. He was one of the most travelled world leaders in history, visiting 129 countries during his pontificate. As part of his special emphasis on the universal call to holiness, he beatified 1,340 and canonised 483 people, more than the combined tally of his predecessors during the preceding five centuries. By the time of his death, he had named most of the College of Cardinals, consecrated or co-consecrated many of the world's bishops, and ordained many priests. He has also been credited with helping to end Communist rule in his native Poland as well as the rest of Europe.

John Paul II's cause for canonisation commenced one month after his death with the traditional five-year waiting period waived. On 19 December 2009, John Paul II was proclaimed venerable by his successor, Benedict XVI, and was beatified on 1 May 2011 (Divine Mercy Sunday) after the Congregation for the Causes of Saints attributed one miracle to his intercession, the healing of a French nun called Marie Simon Pierre from Parkinson's disease. A second miracle was approved on 2 July 2013, and confirmed by Pope Francis two days later. John Paul II was canonised on 27 April 2014 (again Divine Mercy Sunday), together with John XXIII. On 11 September 2014, Pope Francis added these two optional memorials to the worldwide General Roman Calendar of saints. It is traditional to celebrate saints' feast days on the anniversary of their deaths, but that of John Paul II (22 October) is celebrated on the anniversary of his papal inauguration. Posthumously, he has been referred to by some Catholics as "St. John Paul the Great", although the title has no official recognition. Provided by Wikipedia
Showing 1 - 50 results of 145 for search 'John Paul II, Pope, 1920-2005', query time: 0.06s Refine Results
Search Tools: Get RSS Feed — Email this Search — Save Search