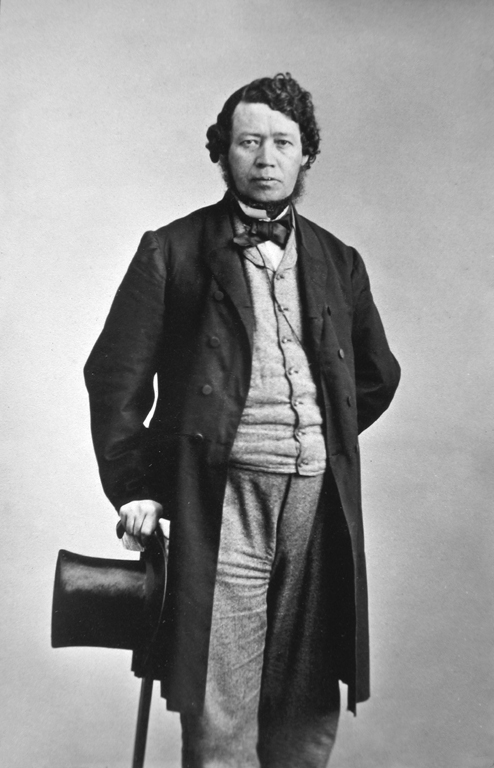 '''Thomas D'Arcy Etienne Grace Hughes McGee''', (13 April 1825 – 7 April 1868) was an Irish-Canadian politician, Catholic spokesman, journalist, poet, and a Father of Canadian Confederation. The young McGee was a Catholic Irishman who opposed British rule of Ireland, and worked for a peasant revolution to overthrow British rule and secure Irish independence. He escaped arrest and fled to the United States in 1848, where he reversed his political beliefs. He became disgusted with American republicanism and democracy, and became intensely conservative in his politics and in his religious support for the Pope. He moved to Canada in 1857 and worked hard to convince the Irish Catholics to cooperate with the Protestant British (members of the church) in forming a Confederation that would make for a strong Canada in close alliance with Britain. His passion for Confederation garnered him the title: 'Canada's first nationalist'. He fought the Fenians in Canada, who were Irish Catholics that opposed the British and resembled his younger self politically. McGee succeeded in helping create the Canadian Confederation in 1867, but was assassinated by Patrick J. Whelan in 1868. Provided by Wikipedia
Showing 1 - 6 of 6 for search: 'McGee, Thomas D'Arcy, 1825-1868', query time: 0.07s
Search Tools: Get RSS Feed — Email this Search —