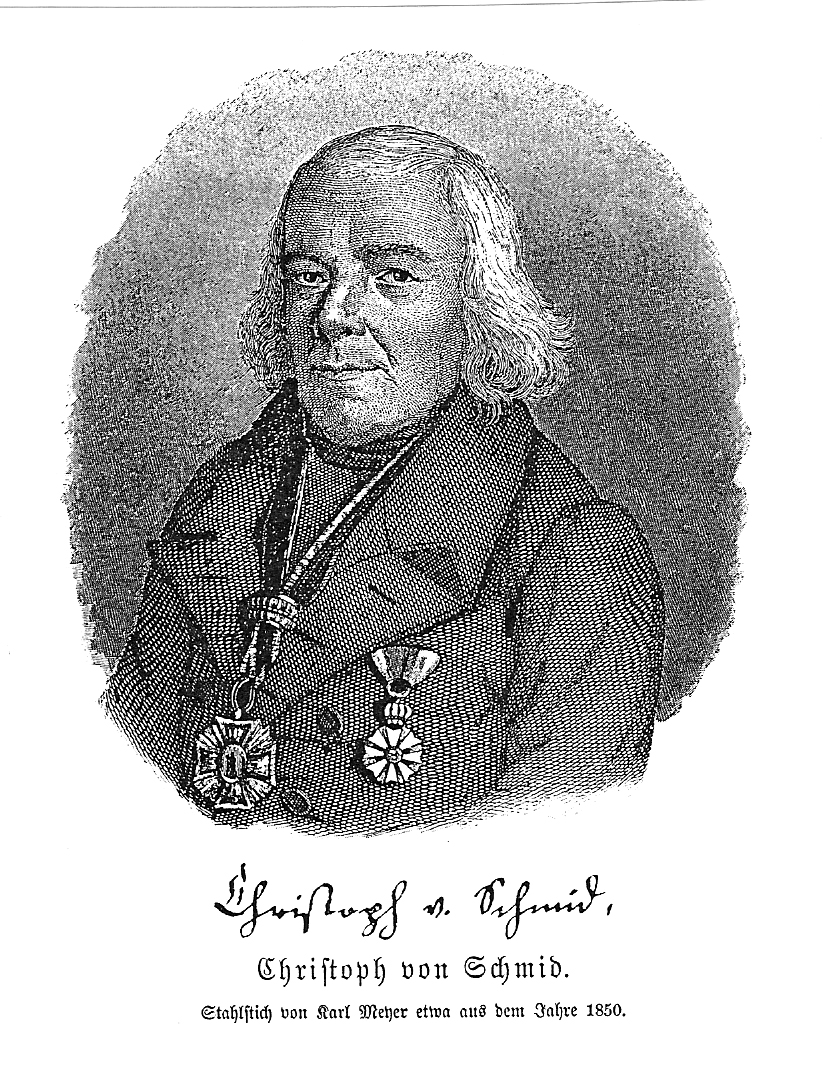 Christoph von Schmid (15 August 1768 Dinkelsbühl, Bavaria – 3 September 1854 Augsburg) was a writer of children's stories and an educator. His stories were very popular and translated into many languages. His best known work in the English-speaking world is ''The Basket of Flowers'' (''Das Blumenkörbchen''). In this work, fifteen-year-old Mary is taught all the principles of godliness through the flowers planted and cared for by her father, James, who is the king's gardener. When she is falsely accused of stealing and temporarily banished, her friends try to find some evidence in order to prove that Mary didn't do anything wrong until it's too late. In recent years, ''The Basket of Flowers'' has been published in the United States as part of the Lamplighter Family Collection. Provided by Wikipedia
1

Saved in:
Search Tools: Get RSS Feed — Email this Search — Save Search